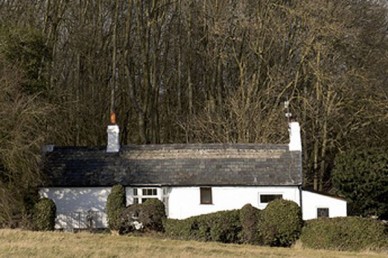 Agricultural occupancy conditions often known as ‘agricultural ties’ are conditions placed on rural properties that would otherwise have been refused planning permission due to their location. The terms usually insist that:
‘The occupation of the dwelling shall be limited to a person solely or mainly employed, or last employed, in the locality in agriculture or in forestry, or a widow or widower of such a person and to any resident dependants.’

AOC’s are quite clear in their requirements for qualifying occupants so, for instance, you would be in breach if you bought a tied property to keep a few chickens or goats in the back garden whether they were as pets or for the provision of personal food. However, as you can see above, only one occupant need be directly employed (i.e. not a supplier or contractor), dependents are allowed for under the rules. Those who meet the conditions during their occupancy would also be allowed to continue living in the property after retirement.

Make no mistake many authorities that identify a breach will actively look to enforce the conditions meaning if an occupant does not find employment in an appropriate agricultural pursuit they may be required to move out.

Many rural properties still have these condition attached, especially those built just after the war, so if you are actively looking for a smallholding it is almost inevitable that you will be offered a tied property at some time.

As you can imagine, such conditions are quite a hurdle when trying to either buy or sell and for this reason tied properties, especially those with smaller amounts of land, tend to have a reduced market value. Figures of up to 40% less are often mooted but it is more typically around 25% – still a substantial saving on an untied property.

Because of this it is not uncommon for owners to seek to have the condition removed or amended and although it is by no means guaranteed that this will be possible there are several avenues available.

This requires the owner to provide evidence that the property is no longer required for the purposes set in the original conditions of the tie. This often means that you have to offer the property for sale at a price that reflects its tied status and be unsuccessful for a period of up to a year. You would be expected to behave in a way that wouldn’t unnecessarily block the sale of the property during this time and you may be asked to provide other supporting evidence, such as agricultural statistics for the locality.

Apply for a Certificate of Lawful Existing Use or Development (CLEUD)

If the conditions of the tie have been breached for longer than ten years it becomes unenforceable. You should take professional advice when seeking a CLEUD as failure to convince the local authority that a breach has taken place for sufficient time can result in heavy fines.

Amendment is an alternative if removal of a tie is not possible. Commonly an amendment to include equine usage is sought as this extends the scope of the property but you may have to demonstrate its suitability for this purpose..