By Eirlys Goode on 18th May, 2013, filed in Chickens and Bantams, Poultry 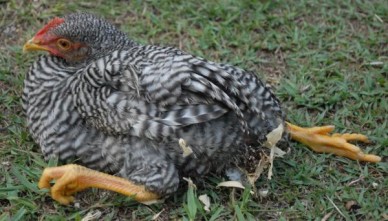 A highly contagious disease that can survive for months or years in litter and poultry dust. Infection occurs through the respiratory system. Incubation periods range from 3 weeks to several months. Chicks become infected at an early age, whilst the disease normally manifests itself at 8-24 weeks, although it may be observed much earlier or later.

It is caused by a herpes virus and is one of the most widespread diseases affecting chickens but is now largely controlled by the use of vaccines.

Since the virus is not transmitted through the egg, chicks are born free of the disease. The infectious virus matures in the tissue surrounding feather follicles and infects other birds by inhalation of infected dust or dander.

There are two main forms of the disease acute and latent. The acute form occurs rapidly and can result in high mortality rates; death often occurs within seven days. The latent form presents more classical symptoms such as progressive paralysis of wings and legs and in some cases respiratory signs may develop. There is a much lower mortality rates but tumors form internally which can affect some or all of a chicken’s normal functions. Birds surviving this form invariably become long-term carriers of the disease.

Initial signs of infection are noticeable differences in the growth rate and degree of feathering. Symptoms can differ depending on the age or breed of the bird as detailed below.

In chicks over 3 weeks old:
Most commonly 12 to 30 weeks old
Losing weight although eating well (most common form)
Deaths starting at 8 to 10 weeks and persisting until 20 to 25 weeks

In older birds (6 to 9 months old):
Pale skin
Enlarged reddish feather follicles or white lumps (tumours) on the skin that scab over with a brown crust (skin form of the disease)
Stilted gait or lack of co-ordination
Swelling of the peripheral nerves of the leg and wing is often noticeable and can lead to paralysis of one or both wings or legs
When both legs are paralysed, one points forward and the other points back under the body (classic position)
Sometimes rapid weight loss
Gaping or gasping
Transient paralysis lasting 1 to 2 days
Coma
Death, due to inability to get to food
The visceral organs may contain tumours ranging from microscopic size to fairly large.

These symptoms need rapid diagnosis by a vet as they can be very similar to another chicken disease called Lymphoid Leukosis – although this doesn’t generally manifest in birds of less than 14 weeks. Your vet will give advice on treatment; however, prognosis of either is likely to be grave and particularly in the case of any bird showing signs of paralysis it would be kinder to cull. 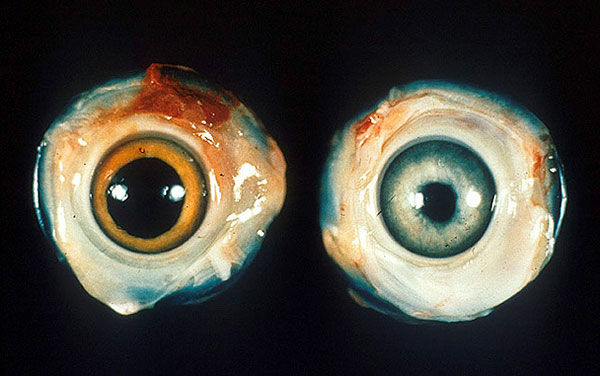 When Marek”s affects the feet first
Limping
Toes may be swollen or bent
Unable to bear weight on the affected foot
No loss of appetite
No visible pain but could have loss of mobility
As mentioned previously usually starts with one leg, then a wing and then affects both legs resulting in the ‘classic position’

There is an effective vaccination for Marek’s available and most commercial breeders will have administered this to their stock. There is a small chance that your birds may still contract the disease even after vaccination and although a vaccinated bird stands a much better chance of recovery this is not guaranteed

Most people say NONE; simply cull the birds
Some tumours, particularly those of the feather follicles, clear up and the chicken recovers on its own but survivors are carriers of this disease for the rest of their lives.