Home » » Blog » Outfoxing the foxes – when Reynard comes around

Outfoxing the foxes – when Reynard comes around 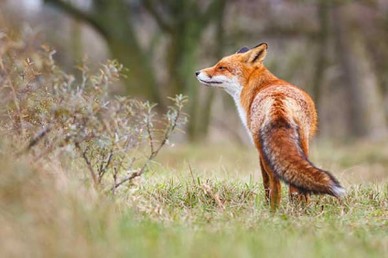 It’s inevitable I guess, but after nearly two years without any signs at all we have recently spotted a fox skulking around the chicken coop. After that amount of time you somewhat naively allow yourself to hope you’ve seen the last of ’em but there he was, brazenly eyeing my hens from a vantage point in the middle of the garden, mid afternoon!

And so the games begin…

Methods of fox control are copious, some are simply old wives tales or urban myths others more tried and tested. No doubt I will employ the ones I have found most effective in the short-term but the more I think about it the more it makes sense to just replace my own cunning with concrete.

A base of paving slabs under the coop will foil even the most determined vulpine visitor and, for a small run at least, it’s not a particularly costly solution. An upgrade to weld mesh from chicken wire may add a few more pounds to the project but I think the peace of mind with this new threat at hand is worth it.

I know it’s nature in action and that foxes are just doing what comes naturally – looking for the easiest source of protein. I am even willing to give them the benefit of the doubt on the presumption that they kill more than they need as there is good evidence to suggest that, left to go about their business, the fox would return for the other corpses and hide them away to eat later.

However, I’m not about to sit back and provide easy pickings for a predator that is renowned for their cunning – they can put it in to practice and find their street food elsewhere. A few bags of hardwood chips to cover the slabs and the girls will be none the wiser and as happy, and safe, scratching about as ever.