By Mark Hajdukiewicz on 23rd October, 2014, filed in News 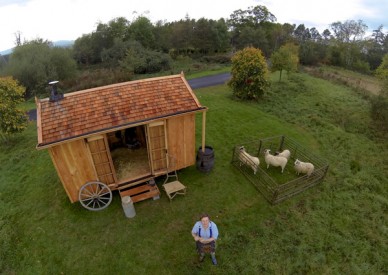 The shepherd’s hut dates back to the 16th century or earlier and was a concept born out of the need to keep shepherds, who often worked remotely, close to their flocks for protection and during important times such as the lambing season. They were small single roomed buildings on wheels that could be relocated easily when moving the flock. They incorporated a bed, stove and basic amenities for the care of sick or injured animals. Popularity continued, and even flourished, throughout the 19th century when southern farmers used sheep to fertilise their thin, chalky soils and shepherds became the most critical of farm workers.

You might think that such structures would be redundant in this day and age but thousands of animals are still stolen every year at huge cost to farmers so perhaps it’s not such a huge leap of imagination to see a similar concept gaining popularity once more. In fact, there is evidence of a revival with the structures again being produced by artisan craftsmen although nowadays they are popular as home-offices, gyms, sheds and even as holiday accommodation with the addition of toilet facilities. A 19th century Norfolk shepherd’s hut was also chosen as one of the Top 10 artefacts to be submitted to the BBC’s A History of the World project.

The huts are now also the focus of a project by the Chippendale International School of Furniture near Edinburgh to revive these traditional structures whilst adding a contemporary twist. You can buy huts from the school fitted to your own specification but, for those of you who prefer a more hands on approach, they also intend to run a intensive 4-8 week course in 2015 when students can build their own. 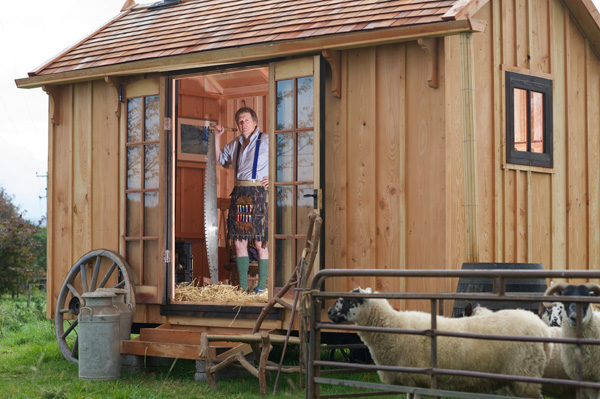 Anselm Fraser, principal of the school wearing one of his inventions: the wooden kilt. Picture by Tony Marsh

Anselm Fraser, Principal of the school, said:  “We want our students to realise that excellence in woodworking can be put to use in different ways – for example, boatbuilding or, in this case, bringing an almost-forgotten part of the past back to life.”