By Eirlys Goode and Stuart Moody on 15th May, 2016, filed in Chickens and Bantams, Poultry 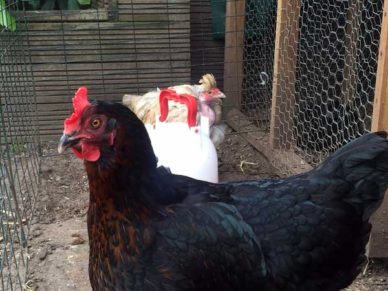 This can be a traumatic experience for both chickens and owners alike.

As you probably know chickens establish a hierarchy or ‘pecking order’ in any flock and newcomers will quickly be shown their place – sometimes with quite violent displays of aggression or by denying them access to food and water. For this reason it is best to integrate new birds in a way that reduces this initial confrontation to a minimum.

There are several ways to do this.

Sneak them in at night

This often works surprisingly well especially if you only have a small number of birds to be introduced. When your birds have gone to roost in the coop wait until they have become dozy and just pop the new additions in a space on the perch. When they all wake up you will often find that the original birds give the new ones the benefit of the doubt and the job is done. Make sure you are around when they wake up though as if your original chickens aren’t fooled you will have a fight on your hands and it is best to separate them and try method two.

This method allows a period of time where the new chickens and the established ones get used to seeing and hearing one another. This is especially important if introducing younger or smaller birds in to a flock as they will be an easier target than birds of a similar size and strength.

House the new ones in a separate run either very close to the already existing run or even inside it. Provide the new chickens with somewhere to shelter and their own supply of food and water. This alone may do the trick and after a couple of days you may be able to let the new additions roam in the main coop with relatively little harassment. However, it may be necessary to use a diversionary tactic in conjunction with this to speed up the process. 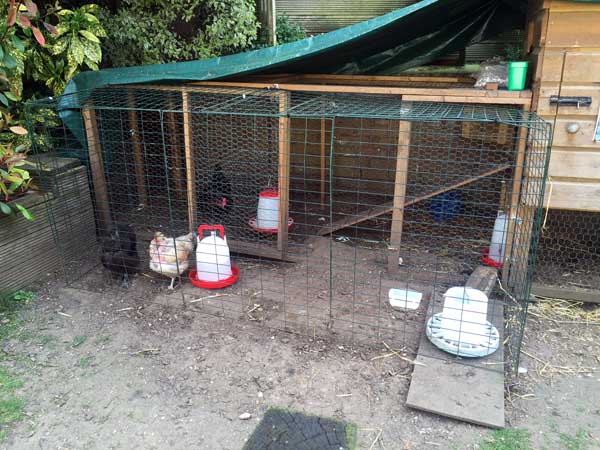 A separate run with its own food, water and shelter are invaluable when integrating new chickens

If this is the case, on the first day, withhold all treats from all your chickens then one hour before bedtime scatter some around the run and then pop the new ones in while they are distracted. With any luck they will all be far too distracted to bother about any serious bullying. There might be a bit of bickering but no serious ‘handbags at dawn’ issues.

Day two, repeat the process of withholding treats again but this time you give them two hours before bedtime and day three you do it three hours before time for bed.

Usually this is enough to settle any major issues.

If you still notice any bullying then progress to ….

Have a water pistol or a well washed squeezy top bottle e.g. washing up liquid container, filled with water ready by the coop. Although it might look as though several of your chickens are picking on the new ones there is likely to be just one ring leader with their trusty henchmen. Once you have identified the instigator of the bullying you simply squirt water at them – avoiding their head so as not to damage eyes, ears or fill nostrils – each time they launch an attack. They soon get the message and hopefully harmony will be restored. I think this works because the chickens then see you as the dominant member of the flock and defer to you. 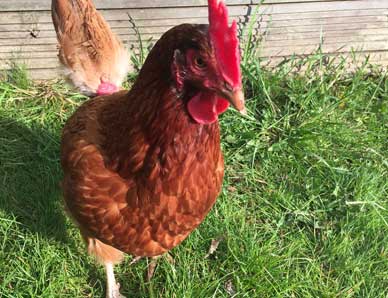 Giving them plenty of room and providing stimulation in the way of simple toys or occasional treats can also help maintain the peace. However, while there should be an air of tranquility most of the time, chickens will always bicker on occasion, this is natural behaviour and in these circumstances you need to let them sort out their own differences. It’s sustained aggressive behaviour that needs to be thwarted ….and quickly.

Note: If a bird develops a bloody or very red wound during a squabble then it is important to separate it from the flock until it heals as the other birds will attack the area relentlessly making it much worse or, in a worse case, even killing it.