By Mark Hajdukiewicz on 22nd January, 2013, filed in Features, Motoring 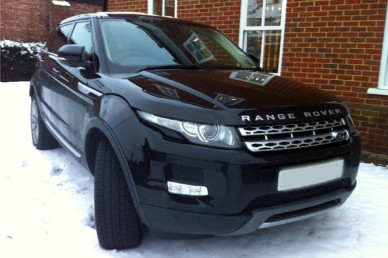 Land Rover have come a long way since Maurice Wilkes knocked up a prototype for his legendary off-roader out of old Jeep parts in his shed 65 years ago. Despite numerous ownership changes the company, and the brand, is as strong as ever: here we take a look at the most recent edition to the range, the mould-breaking, Range Rover Evoque

Launched in 2011 with contemporary ‘it’ girl slash ‘boy band’ looks and unibody construction there was no doubt as to the market that the Evoque was pitched at. It’s a good looking car and that is in no small part down to a certain Victoria Beckham who was drafted in as design consultant for the project. Land Rover make no secret of the fact that it is designed with road use in mind and, undoubtedly, the majority of these cars will spend most of their time on the tarmac. However, it seems Land Rover weren’t quite ready to ditch their 65 year old ethos of ‘Driving Adventure’ by producing a vehicle that compromised off-road ability for on-road performance.

There are two body styles, a 5 door and the 3 door coupe, and 3 trim-levels Pure, Prestige and Dynamic. All provide a luxury environment for driver and four passengers and although you are seated closer to the road than in other members of the Land Rover range you still experience that trademark commanding driving position. Minor niggles might include interior space that, while not being cramped, is only average for its class and restricted rear visibility through the almost non-existent rear window. 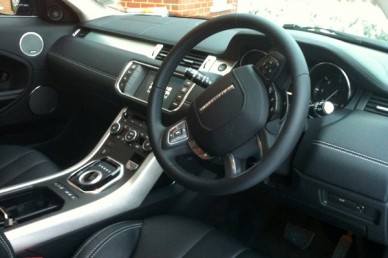 Featuring everything expected for a modern, luxury driving experience standard equipment includes cruise control, rear parking sensors, heated front leather seats, Meridian sound system with CD, DAB radio and MP3 file compatibility, 8 inch touch screen control panel and bluetooth connectivity. Some, not quite as essential, such as colour changing mood lighting and puddle lamps that project a graphic of the Evoque onto the ground still add to the sense of occasion that this car undoubtably gives while driving. Models higher up the range offer larger wheels, uprated headlamps, metallic paint, upgraded trim and more gadgets. In addition, there is a bewildering array of options meaning, if you like to tinker with specifications, you will find the Evoque almost infinitely customisable.

The Evoque also shares many of the same electronic handling enhancements as its stable mates including Land Rover’s trademarked Terrain Response System – a suite of electronic wizardry comprising hill descent control, hill hold, dynamic stability control, electronic traction control and roll stability (all explained in more detail at the end of the article) – making this SUV’s DNA 100 percent Land Rover. Old-school enthusiasts may view the Evoque as an automotive David Ginola with its looks overshadowing its real capabilities however, for owners who are less likely to test the technology to its full extent, it will still be reassuring to know it’s there – just in case. The only negative you may find to dampen the driving experience is wind noise at motorway speeds. 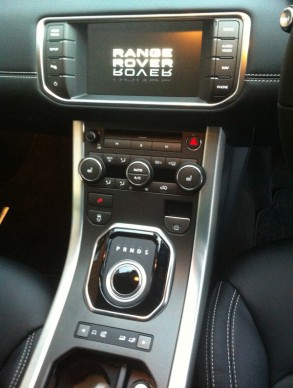 Under the bonnet you get the choice of engines, the 2.2 litre 190hp diesel SD4 and the 150hp ED4 2.2 litre diesel that comes fitted to the….wait for it….two-wheel drive version. All models come with a six-speed manual gearbox whilst the SD4 is also available with a six-speed automatic unit as an option. The best fuel economy is achieved by the ED4 engine which returns a very respectable 56.5mpg on the combined cycle; however, thanks to little tricks like the stop/start engine technology introduced on the Freelander, the SD4 models aren’t far behind. If you want to drag stuff around the SD4 will manage 300kg more than the ED4 with a maximum towing weight of 1800kg* – not up to the standards of it bigger brothers but plenty for most normal applications. It should be mentioned here that the two-wheel drive model does not feature the Terrain Response, hill descent or gradient release control enhancements of its four-wheel drive siblings and consequently will be much less capable off road.

While the Evoque is at the more affordable end of the range, it’s still not a cheap vehicle. Starting at around £28k it appears good value with standard features but be aware that extras can push the price sharply upwards. Demand is high and secondhand models are retaining their value well.

It’s true to say that Land Rover has had its fair share of problems with reliability over the years, something they have made headway with recently, but the marque is still dogged by mediocre customer satisfaction survey results with one even branding it the most unreliable brand in the UK in 2012. It is worth noting, however, that sister brand Jaguar has made leaps and bounds in that department – finishing top in the JD Power report last year – suggesting that current owner Tata Motors have made this a priority that we will hopefully see reflected in future Land Rover results too.

Having seen this car in action on the rough stuff it appears that Land Rover has achieved the impossible and developed a car that will satisfy the needs of both the discerning urban SUV driver and style-conscious off-road enthusiast. In the hands of a competent off-road driver (maybe consider a training course if you don’t have much experience) the Evoque handled pretty much all but the most demanding terrain and, I must say, if you find yourself in both these groups then it’s hard to imagine that you would be looking anywhere else. 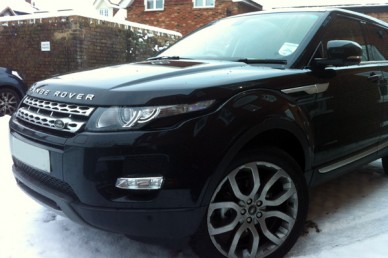 The name given to Land Rover’s traction enhancing technologies. It has settings covering general driving, grass/gravel/snow, mud and ruts and sand controlled by a prominent central control knob on the dashboard. A fifth dynamic program is available for models with adaptive dynamics which keeps the car well mannered on the road by adjusting damper settings according to feedback from driver actions and road surface.

Terrain Response works in harmony with more well know technologies such as ABS and comprises:

A more detailed description of this system can be found here.

The Range Rover Evoque at a glance

Note: All specifications are subject to change. Performance and fuel economy figures are manufacturer’s estimates. *Towing pack is an option. Follow manufacturer’s guidelines for towing.