Home » » Livestock » An introduction to beekeeping

An introduction to beekeeping

By Julian Routh - Master Beekeeper on 20th July, 2015, filed in Livestock, Other Livestock 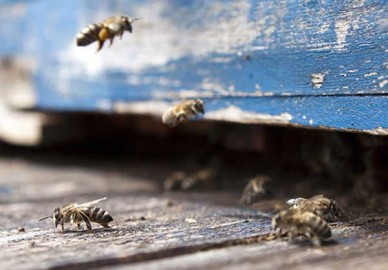 Beekeeping is a fascinating craft that can be started by anyone at almost any time of life providing a few sensible facts are considered. As a hobby, one or two hives in the back garden is as much as many wish to manage but it can also be built up into a full time living, managing hundreds or even thousands of hives (although not without a great deal of experience). This short article serves as an introduction to the best way of starting out on your journey.

Man has been involved with honey bees for as long as recorded history. Cave paintings exist in Spain of men harvesting honey from trees that are dated to 15,000 years ago as the ice sheets retreated from Europe. In Egyptian tombs pictograms can be found clearly showing managed beekeeping at least 4,500 years ago. Apiaries are mentioned in the Doomsday Book as an important part of any parish and at that time beekeepers were freemen out of the feudal system.

Beekeeping, up until the middle of the 19th century, used a container made of clay or straw of the correct size to house the bees. This was colonised either naturally by a swarm or by having a collected swarm put into it. At the end of the season the honey and wax were collected by destroying some or all of the combs produced by the bees.

However, in the middle of the 19th century discoveries were made that radically changed beekeeping forever. The simple discovery that if a space of between 6mm and 9mm (called bee space) was left the bees would neither seal it up with a gum like material (called propolis) or try to use the space by building comb across it. Consequently, this discovery led to the design of hives in which the combs could be housed and moved for inspection and is the basis of all modern hive design.
Modern moveable frame hives are by far the most common type of hive used for managed honey bee colonies. There are some design differences and if starting the best advice is to use the hives most commonly used in your area as these will be the easiest and cheapest to obtain. In the UK this is most likely to be the Modified National Hive, a design that was fixed around 1920 and has worked well ever since. 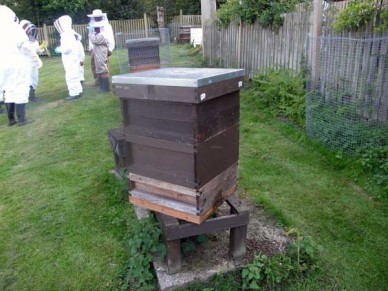 Modern hives all consist of a series of boxes containing frames together with a floor, a roof and a few other parts. The main colony is kept in a large box usually at the bottom of the hive and the Queen is kept in this box by a slotted Queen excluder. Additional boxes are placed on top as extra space is required to store honey and some of these are removed at the end of the season, after clearing the bees, to provide the honey crop.

How to Start Beekeeping

Beekeeping is like any other form of livestock management, the colony of bees needs good housing, to be of sound stock, disease free and well fed. Good husbandry requires a sound understanding of bees, their behaviour and their everyday requriements.

In most cases the best way to start beekeeping is to join a local Beekeeping Association who will have beginners’ classes (often early in the year) and will probably have a training apiary where you can gain some experience and meet local beekeepers before committing to the craft. In most cases the only expense will be joining the Association as they will have protective gear to loan and will have bees and experienced beekeepers that will demonstrate and allow the intending beekeepers to handle colonies under supervision. The normal advice is to see one season through in the training apiary before spending a lot of money establishing your own. The Association may deal in new or second hand equipment and will be a good source of local bees for stocking your hive when you decide to start your own colony. 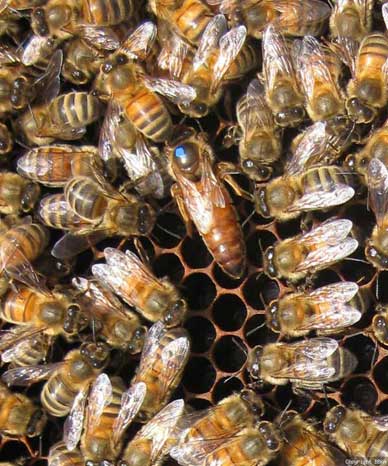 Once committed the expense is not insignificant. A budget hive with all parts will cost around £150 and the minimum amount of necessary equipment (a beesuit, smoker, hive tool etc) will add another £100 or so. Bees can cost in excess of £200 from a commercial supplier but will probably be much cheaper from an association and in some years a swarm may even be free if you help a beekeeper collect it.

A good beekeeping book to accompany your training serves as a handy reference tool as you learn the craft.

Other things to consider

An apiary can be located anywhere as long as it is not creating a public nuisance. However, it is sensible to locate a hive where there is sufficient forage for the bees and it does not impact on the general public or neighbours. Many beekeepers keep one or two hives in the back garden or on allotments. Your local association may also have details of people with large gardens who would like to have a hive two but have them managed by a beekeeper. Many farmers are also more than happy to have a few hives on their land especially if they grow flowering arable crops such as oil seed rape or field beans.

There is no legal restriction or requirement to register. There is a voluntary registration scheme run by the National Bee Unit called Beebase which provides a large amount of free information and is the organisation that manages notifiable bee diseases. Through its inspectorate they will notify and check any hives in areas close to disease and this is currently a free service.

Once you know what you are doing management of a colony will take around 30 minutes a week during the period from April to October, in the winter months little time is required.

On going inspections are required April through to September to check for swarming developments, where up to one half of the colony and the existing queen may be lost, and for disease. Bees have many diseases and pests from very minor, needing no treatment, to some very contagious ones that are notifiable and have to be dealt with by the Bee Inspectorate.

In most cases the honey is taken off in the autumn and possibly in late spring if oil seed rape is prevalent in the area. With modern hives this is done by removing the surplus honey in the boxes at the top of the hive and removing the honey from the frames in a centrifugal extractor (these are expensive but most associations have some available for loan for new beekeepers). In a good year a well maintained hive can yield 10kg or more of honey. 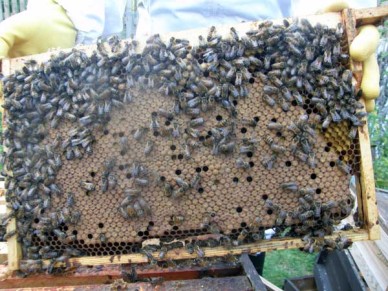 A colony of bees may not be able to collect sufficient food for the winter in bad years – such as the recent very wet summer – and may need additional feeding. This is normally carried out in August or September, with extra food sometimes needed in the spring too.

The sting in the tail

There are some cons which you should be aware of with the most obvious being that you will occasionally get stung. This will happen more often when you are learning but is inevitable at times throughout your beekeeping career.

You may have to change soaps, shampoos, washing powder, hair products etc. as the perfumes used in some of these are closely related to bee alarm pheromone which will annoy them greatly.

There will be some heavy manual work involved. In the course of inspection the boxes of the hive are lifted off and, if full of honey, these may weigh over 15 kg. Many beekeepers find benefit in working together for this reason.

Your DIY skills will also be tested as most equipment is sold in the flat pack form and may need intricate assembly.

Beekeeping is a wonderful and fascinating craft open to all but as with all crafts it takes time and perseverance to get proficient. It is constantly changing with the seasons and all aspects of beekeeping have to be looked at as part of nature’s cycle during the year which is never the same twice.

Early on most time is spent building up experience – only really achievable through practical work – and this is best done in conjunction with an experienced beekeeper either at a local association or other established apiary.

As with all livestock husbandry education and experience is key to providing the best environment for the bees and most fulfilling experience for yourself. More information is available from the websites listed below.